Warning: count(): Parameter must be an array or an object that implements Countable in /home/customer/www/camtech.biz/public_html/wp-content/themes/constructo/anps-framework/helpers.php on line 335

Established in 2010, Camtech Engineering provides a quality engineering design service to our clients within the Oil and Gas industries as well as onshore Industrial and Construction services. Camtech can provide independent inspection, consultancy and reporting services and can take your project from conception to completion.

We provide full design services for alteration, extension or refurbishment of your facility and provide full tender packages comprising of CAD drawings, Specifications, Bill of Quantities site supervision Cost control and Project Management of Mechanical and Electrical Services on and offshore. 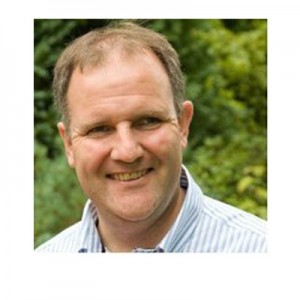 Bruce Campbell served an Electrical Apprenticeship with British Rail providing him with a hands on approach on a number of Industry specific services including traction motors, battery systems, generators, alternators and their control systems. Fault finding, repair and maintenance were his main work activities before he moved to Glasgow where he stayed with British Rail working within the Electrification section and adding to his experience on both the 25kV Distribution and Overhead Line systems.

In 1986 Bruce moved back to Aberdeen and started a career in Building Services. Initially with Grampian Regional Council, he then moved to NIFES Consulting group, Mott MacDonald and then to Hulley & Kirkwood where he was promoted to Regional Director and where he stayed until 2011.

Amongst the first of his contracts he worked for AMEC / BP at Sullom Voe on the Laggan Tormore contract before moving onto the R410a refrigerant gas replacement contract in Grangemouth. Camtech has also allowed Bruce to service loyal clients who continue to work with Bruce rather than with his previous employers.

We use cookies on our website to give you the most relevant experience by remembering your preferences and repeat visits. By clicking “Accept All”, you consent to the use of ALL the cookies. However, you may visit "Cookie Settings" to provide a controlled consent.
Cookie SettingsAccept All
Manage consent

This website uses cookies to improve your experience while you navigate through the website. Out of these, the cookies that are categorized as necessary are stored on your browser as they are essential for the working of basic functionalities of the website. We also use third-party cookies that help us analyze and understand how you use this website. These cookies will be stored in your browser only with your consent. You also have the option to opt-out of these cookies. But opting out of some of these cookies may affect your browsing experience.
Necessary Always Enabled
Necessary cookies are absolutely essential for the website to function properly. These cookies ensure basic functionalities and security features of the website, anonymously.
Functional
Functional cookies help to perform certain functionalities like sharing the content of the website on social media platforms, collect feedbacks, and other third-party features.
Performance
Performance cookies are used to understand and analyze the key performance indexes of the website which helps in delivering a better user experience for the visitors.
Analytics
Analytical cookies are used to understand how visitors interact with the website. These cookies help provide information on metrics the number of visitors, bounce rate, traffic source, etc.
Advertisement
Advertisement cookies are used to provide visitors with relevant ads and marketing campaigns. These cookies track visitors across websites and collect information to provide customized ads.
Others
Other uncategorized cookies are those that are being analyzed and have not been classified into a category as yet.
SAVE & ACCEPT