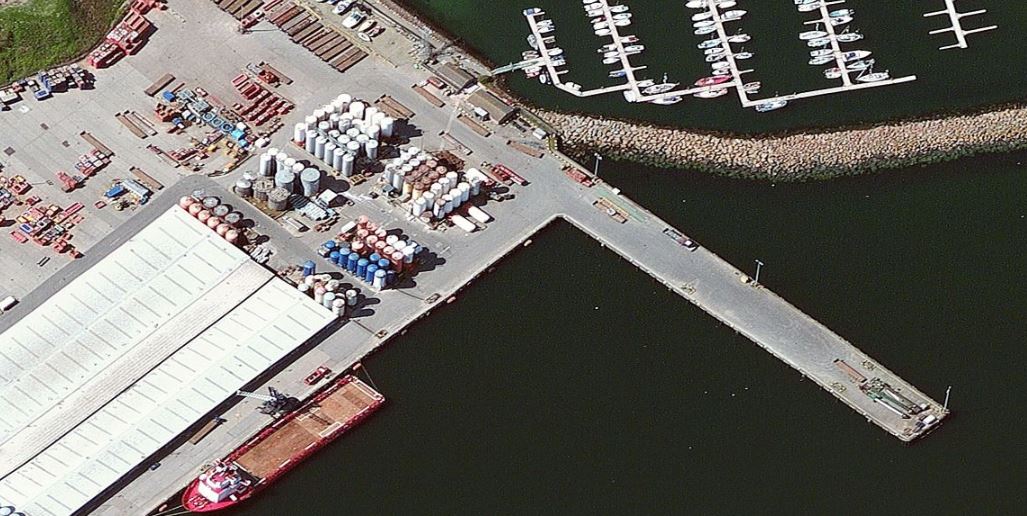 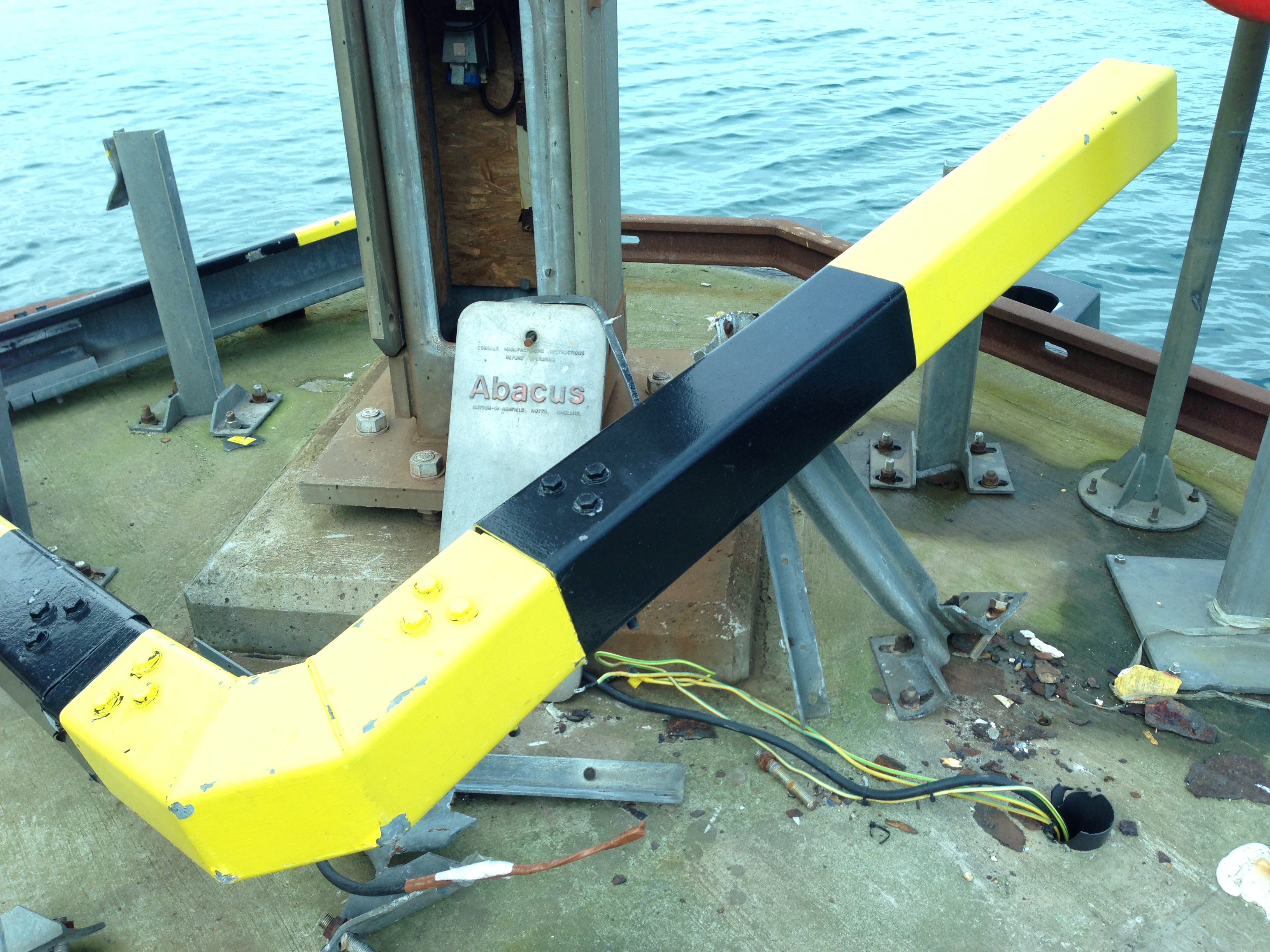 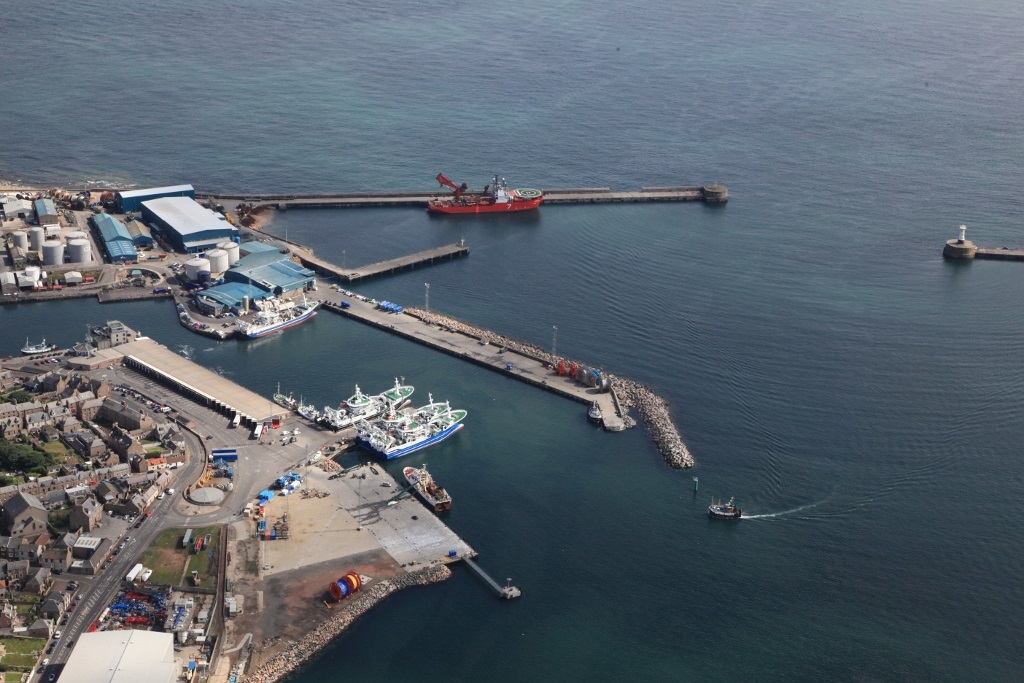 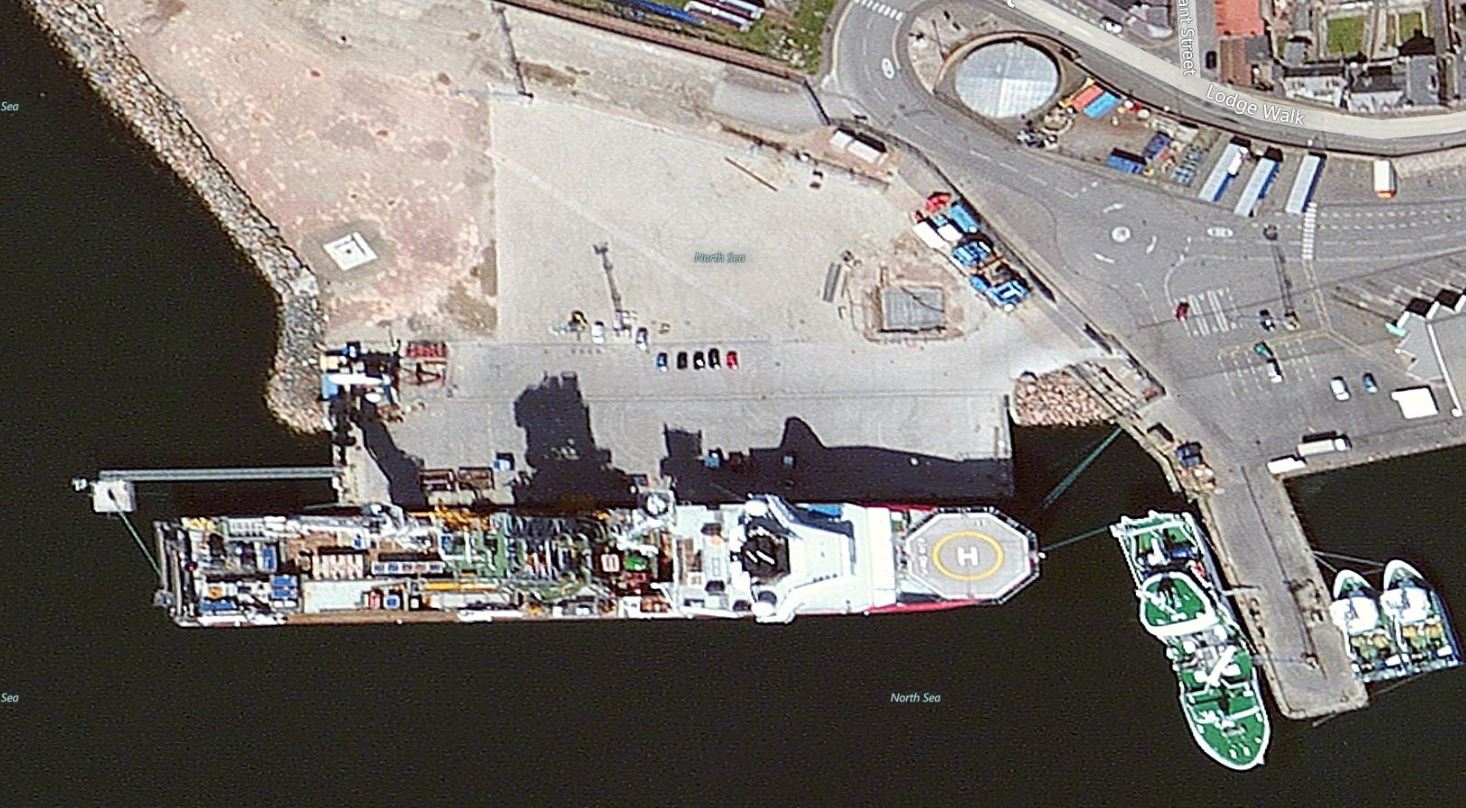 On the 15th of December 2012 gale-force winds and unusually high tides caused extensive storm damage across areas of eastern and northern Scotland.

In Peterhead, amongst the damage was the fixed electrical services installed below the deck of the Princess Royal Jetty. Cable trays and the steel wire armored cabled fixed to them were torn from their fixings. Lighting columns protection steelwork was also damaged as moving cargo containers slid into them.

It was acknowledged that the existing system of installing tray and cables below the deck were susceptible to damage from storms and the battering from high tides. As part of the remedial works, Camtech Engineering designed an alternative cable containment method which allowed the cables to be fixed to the top surface of the deck but with sufficient strength to provide protection and avoid damage which could have been caused by vessel anchor ropes to mooring points.

The complete electrical system was redesigned to allow 24 hour power supplies to be installed at the base of each mast while keeping with the remainder of the existing control system.

In addition, Camtech produced full design drawings and a tender package which was then issued to Electrical Contractors. The returns were examined and a tender report produced. On appointment of the successful contractor, Camtech provided site support during the construction phase and full cost control.

Camtech carried out a site survey to assess the condition of the electrical services installed at the Smith Embankment. The survey was followed up by a report which formed the Dilapidations Report required for a new tenancy. The report listed all the services installed on site, together with condition on a service by service basis and, where required, listed recommended remedial work.

We use cookies on our website to give you the most relevant experience by remembering your preferences and repeat visits. By clicking “Accept All”, you consent to the use of ALL the cookies. However, you may visit "Cookie Settings" to provide a controlled consent.
Cookie SettingsAccept All
Manage consent

This website uses cookies to improve your experience while you navigate through the website. Out of these, the cookies that are categorized as necessary are stored on your browser as they are essential for the working of basic functionalities of the website. We also use third-party cookies that help us analyze and understand how you use this website. These cookies will be stored in your browser only with your consent. You also have the option to opt-out of these cookies. But opting out of some of these cookies may affect your browsing experience.
Necessary Always Enabled
Necessary cookies are absolutely essential for the website to function properly. These cookies ensure basic functionalities and security features of the website, anonymously.
Functional
Functional cookies help to perform certain functionalities like sharing the content of the website on social media platforms, collect feedbacks, and other third-party features.
Performance
Performance cookies are used to understand and analyze the key performance indexes of the website which helps in delivering a better user experience for the visitors.
Analytics
Analytical cookies are used to understand how visitors interact with the website. These cookies help provide information on metrics the number of visitors, bounce rate, traffic source, etc.
Advertisement
Advertisement cookies are used to provide visitors with relevant ads and marketing campaigns. These cookies track visitors across websites and collect information to provide customized ads.
Others
Other uncategorized cookies are those that are being analyzed and have not been classified into a category as yet.
SAVE & ACCEPT